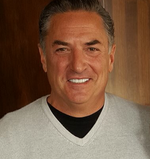 Mr. DiNardo has a strong track record of growing publicly listed and privately owned technology businesses, and has worked in venture capital firms where he has successfully backed a number of emerging technology companies.  Some of his recent roles include the President and CEO of Exar Corporation, where he was credited for turning around the underperforming NYSE-listed mid-cap semiconductor company by revamping the management team, cutting operating expenses and growing revenue and profit. His efforts helped Exar achieve 16 consecutive quarters of revenue and EPS growth. Before Exar, Mr. DiNardo was responsible for investing in and overseeing a portfolio of companies, including programmable logic companies, while he served as a partner at Crosslink Capital from 2008 to 2012 and the Managing Director at Vantage Point Venture Partners from 2007 to 2008.  Mr. DiNardo also served as President and CEO, as well as Co-Chairman of the Board of Directors, at Xicor Corporation from January of 2001 until NASDAQ-listed Intersil Corp acquired the company in July of 2004. He subsequently held senior executive positions at Intersil and became its President and Chief Operating Officer. He has previously served as an independent director on several boards, including NYSE-listed Quantum Corp., a data management company; and Conexant, a privately held fabless semiconductor company based in California, USA.

Peter van der Made has been at the forefront of computer innovation for 40 years.  Mr. van der Made is the inventor of a computer immune system at vCIS Technology where he served as CTO and later Chief Scientist when it was acquired by Internet Security Systems and subsequently IBM. Previously, he designed a high resolution, high-speed color Graphics Accelerator Chip for IBM PC graphics. Most recently Mr. van der Made published a book, Higher Intelligence, which describes the architecture of the brain from a computer science perspective. 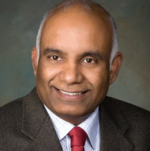 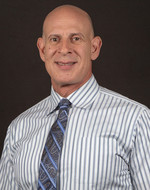 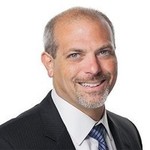 Mr. Scarince most recently served as a consultant at 8020 Consulting, working on all aspects of finance at a variety of companies globally. Previously Mr. Scarince served as Controller at Virgin Galactic and Vice President of Finance and Chief Accounting Officer at Virgin America. He began his career as a senior auditor at Deloitte and Touche. Mr. Scarince received his Bachelor’s Degree in Finance from Marquette University and his Masters Degree in accounting from the University of Wisconsin-Milwaukee.